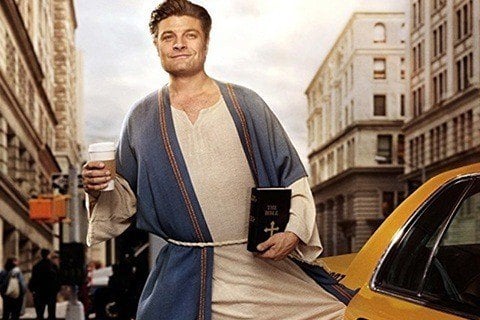 Based on the best selling book The Year of Living Biblically by AJ Jacobs, the sitcom centers on a married film critic and expectant father who decides to live life according to the Holy Bible following the passing of a best friend.

One of the executive producers on the series is The Big Bang Theory star Johnny Galecki. Andy Ackerman, former director on Seinfeld, was hired to direct multiple episodes.