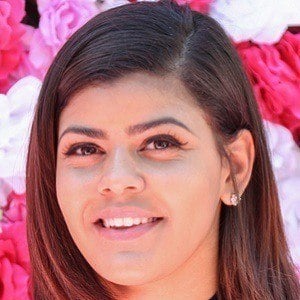 Passionate lyricist and vocalist whose music is typically a reflection of occurrences from her past and present. Her fans are part of what is known as the Romiti Gang.

She was a talented basketball player in high school and was offered the opportunity to play D1 college ball at South Carolina Upstate.

She released a music video for her single "Nothin On Me" in 2013.

She was born in Chicago and later resided in Greenville, South Carolina. She finds inspiration to make music from her late father Mark Anthony Romiti. She has a sister named Tina. She frequently posts photos to Instagram of her nephew Aiden. She has been in a relationship with Jaecob Milosev-Snow. She welcomed a daughter on March 23, 2021.

She posted a video of herself singing "The Truth" by India Arie.

Toni Romiti Is A Member Of