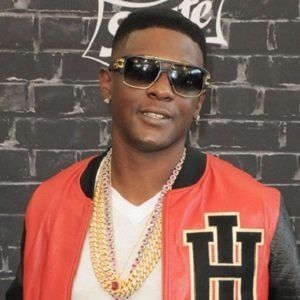 Rapper who gained fame for his 2009 album Superbad: The Return of Boosie Bad Azz & Bad Azz as well as his prison reputation.

His childhood neighborhood was fraught with gang violence and drug use. His parents named him after funk artist Bootsy Collins. He got his first break when he appeared on one of C-Loc's records.

He released a studio album called Incarcerated in 2010 while spending time in prison for murder and conspiracy. Though facing the death penalty, he was acquitted from his murder charge in 2012.

His real name is Torrence Hatch. His father was murdered when he was young. He has seven children named Iviona, Torrence Jr., Tarlaysia, Toriana, Lyric, Michael, and Ivy. His eighth child was born in 2016. He began dating Itsrajel. He was previously married to Walnita Decuir-Hatch.

Lil Boosie Is A Member Of