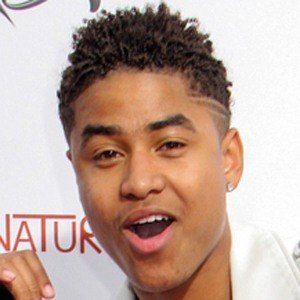 R&B singer and hip hop recording artist also known as simply Torion, he became well known after signing to the record label Young Money but then suing them in court a year later, wanting out of the contract. His single "Twerk Don't Hurt" featuring Cash Out was released in November 2014.

He began singing, acting, and dancing lessons at age 9. He won a few talent shows around Atlanta and grabbed the attention of Young Money artist and vice president Mack Maine. They signed him at age 14 promising him an album by the next year. In 2013 he took them to court because they failed the contract and was released from it.

He has an older sister named Lajewell. His mother's name is Candy.

The reason his lawsuit with Young Money was so highly publicized is because the record label is owned by rap star Lil Wayne.

Torion Sellers Is A Member Of