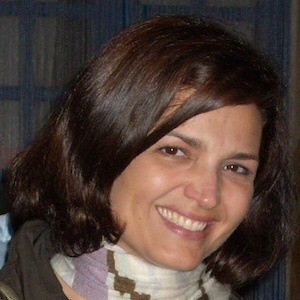 Flimmaker and television star who has become known for her roles in feature films like 1996's The Cyclone, 2005's Meucci, and 1995's Black Holes. Also a presenter, she co-hosted the series Torno Sabato.

She was only fifteen years old when she began appearing in local television shows. By nineteen, she'd moved to Rome to pursue her acting career.

She was a participant on the second season of the reality show Notti sul ghiaccio in 2007.

She and longtime partner and producer Massimo Martino have one son, Francesco. She also has another son, Edoardo, with ex-husband Gabrielli.

In 2017, she joined the cast of the television series I bastardi di Pizzofalcone alongside Carolina Crescentini.

Tosca D'Aquino Is A Member Of