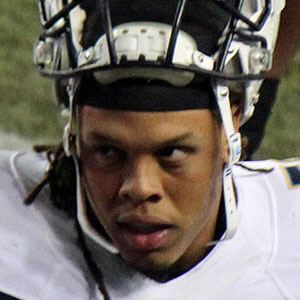 Outside linebacker who made his NFL debut in 2013 for the San Diego Chargers.

He played college football at Florida International, where he was a first-team All-Sun Belt selection in 2012.

He was born in Tallahassee, Florida.

In 2013 he formed a strong rookie linebacking duo with teammate Manti Te'o.

Tourek Williams Is A Member Of