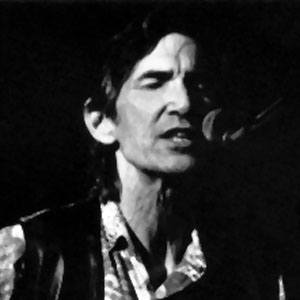 Outlaw country singer and songwriter who released "If I Needed You," "To Live Is to Fly," and "No Place to Fall." He has been covered by artists like Andrew Bird and Gillian Welch.

He started playing guitar at age twelve and was diagnosed with manic depression in his teen years. While attending the University of Houston for a short time, he took drugs and suffered mental breakdowns.

There was a 2006 film released called Be Here to Love Me, which was based on his musical career and life as an alcoholic and drug-user.

He was married three times and has three children.

He was named an inspiration by singer Neil Young.

Townes Van Zandt Is A Member Of