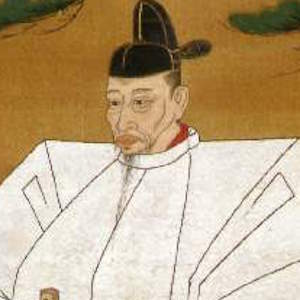 Warrior and politician of the Japanese Sengoku period who held the offices of Imperial Regent of Japan and Chancellor of the Realm.

He was born a peasant and worked as a humble servant to the Japanese Oda clan. His skill as a warrior and negotiator, however, soon secured him a place among the samurai elite.

His contributions to Japanese society include the institution of a census; class reforms that more strictly divided the peasants from the elite; and the construction of the grand Osaka Castle. He also banned slavery, encouraged Japanese cultural traditions such as the tea ceremony, and set up a Council of Five Elders to provide a governmental system of checks and balances.

He married Sugaihara Yasuko, an aristocrat, in 1561.

He began his political career as a servant to the powerful lord, Oda Nobunaga. Nobunaga, in fact, came up with the nickname of "Kozaru" ("little monkey") for Hideyoshi.

Toyotomi Hideyoshi Is A Member Of