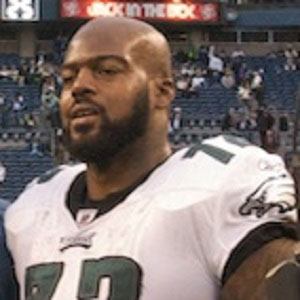 Offensive tackle best known for his 11-year stint with the Philadelphia Eagles. He was a 3-time Pro Bowl selection, being named as an All-Pro in 2002.

He played football at Florida State before being drafted by the Eagles in 1998.

He was included as part of the Philadelphia Eagles 75th Anniversary Team.

He was born William Thomas, III, though most know him by his nickname "Tra".

He was longtime teammates with former Eagles quarterback Donovan McNabb.

Tra Thomas Is A Member Of