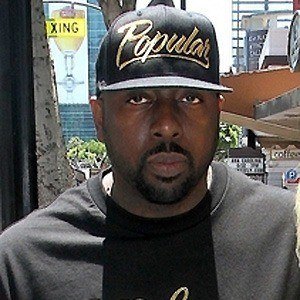 American rapper who has been part of the underground rap group, Screwed Up Click and is a co-founding member of the group, Guerilla Maab.

He first started his rap career with a guest appearance on Z-Ro's album, Look What You Did to Me in 1998.

He was awarded with his own Trae Day by the mayor of Houston, Bill White in 2008 for his work in the community.

He was raised with family in Houston, Texas.

He was involved in a fight at the Ozone Awards in 2008 with rapper, Mike Jones before later apologizing for it.

Trae Tha Truth Is A Member Of