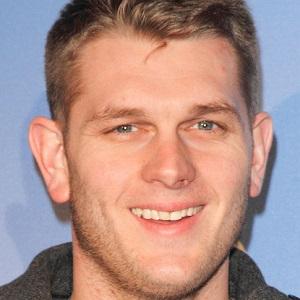 Basketball forward who made his NBA debut with the New York Knicks 2014. He was undrafted out of UCLA, where he won the Pacific-12 Conference championship in 2013.

He won a silver medal representing the United States at the FIBA Americas Under-18 Championships in 2008.

He was coached by Steve Alford at UCLA.

Travis Wear Is A Member Of