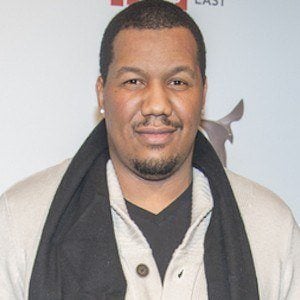 Known for his contributions both as a writer for Comedy Central's The Daily Show. He began his time as a writer there in October 2012 after being offered the position directly by Jon Stewart.

He played college basketball for the Long Beach State 49ers team. He tore his meniscus during his later career, and he began his career in comedy by entertaining his teammates.

In 2015, he won a Primetime Emmy Award for Outstanding Writing for a Variety Series for his work on The Daily Show. He has also appeared on Tosh.0 and Chelsea Lately.

He was born and raised in Compton, California.

He roomed for a brief time with John Oliver during his early tenure on The Daily Show's writing staff.

Travon Free Is A Member Of