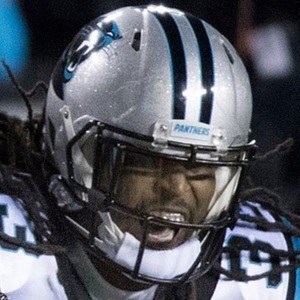 Safety who was selected by the Carolina Panthers in the fourth round of the 2014 NFL Draft. He played college football at the University of North Carolina, where he was a second-team All-ACC selection in 2013.

He missed just one tackle during his rookie NFL season.

His mother Iris De Hoyos raised him as a single parent.

He played on a Panthers defense led by All-Pro linebacker Luke Kuechly in Super Bowl 50.

Tre Boston Is A Member Of