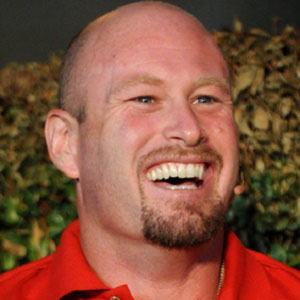 Quarterback for the Super Bowl-winning Baltimore Ravens in 2001. He became a TV football analyst after retiring.

He was Fresno State's starting quarterback for 2 and a half seasons, and he was named the WAC Offense Player of the Year his junior year.

He joined the NFL Network in 2006, working as a color analyst for the 2008 playoffs and for Monday Night Football games.

He married Cassandra Dilfer, a former swimmer at Fresno State.

He played under the coaching of Brian Billick on the Ravens' Super Bowl XXXV team.

Trent Dilfer Is A Member Of