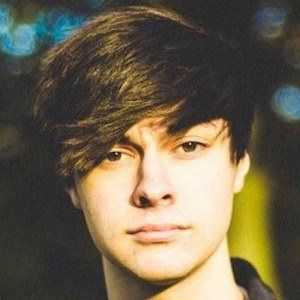 Vocalist and bassist best known for his work with the international pop band Over Atlantic.

Over Atlantic was founded in 2016, and he and his bandmates began to establish themselves via social media by uploading covers of songs.

He and Over Atlantic were invited to be a part of an American portion of Kenny Holland's 2016 tour.

He has been a resident of Monett and Springfield, Missouri. In 2018, he began dating actress Isabella Palmieri. He previously dated Amber Conway.

He and Gabriel Gomer are both a part of the band Over Atlantic.

Trevor Cash Is A Member Of