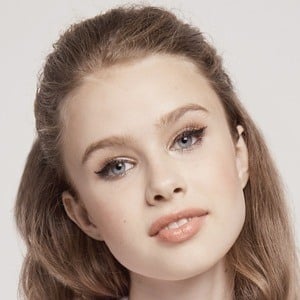 Season three addition to the cast of Riverdale who landed the part of Jughead's sister, Jellybean "JB" Jones. She played a character known as Child Emma in the CBC mini-series Unspeakable.

She dreamed of having representation and being an actress from the age of two. Before acting, she won a talent show called Premiere in her age group that helped launch her career.

She made her acting debut in a Hallmark Channel TV movie called 12 Days, alternatively titled as Christmas in the Air.

She is from Squamish, British Columbia, Canada. She has a brother.

She and Gina Gershon were both season three additions to the cast of Riverdale.

Trinity Likins Is A Member Of