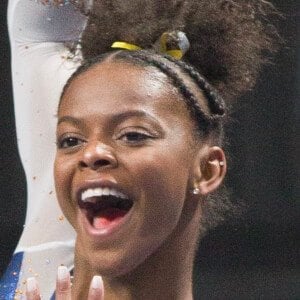 American gymnast who became a member of the National Team in 2016. She rose to fame after becoming the floor champion and placing fifth in the all-around at the 2016 City of Jesolo Trophy competition.

She started doing gymnastics at the age of seven in 2008.

She has been homeschooled through the Connections Academy program to accommodate her busy gymnastics schedule.

She comes from a family of gymnasts as her sisters, Tesia and Taleyn are both gymnasts. Her sister, Tayvon is a swimmer.

Her best event if the floor exercise similarly to Olympian Aly Raisman.

Trinity Thomas Is A Member Of