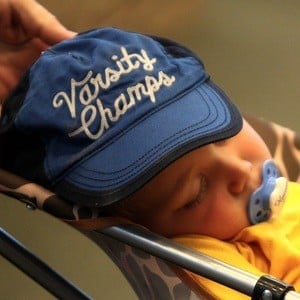 Famous as the grandson of former Alaska Governor and 2008 Republican vice presidential candidate Sarah Palin. He was born to Palin's teen daughter Bristol and Bristol's then boyfriend, Levi Johnston.

His mother appeared on national television at many of her mother's presidential campaign trail events. His impending birth was viewed by several John McCain campaign advisers as something of a liability for the candidate and his running mate.

After his father ended his engagement to Bristol Palin, he married Sunny Oglesby and gave Tripp a half sister named Breeze.

Tripp Johnston is the nephew of Track, Willow, Piper, and Trig Palin. He has two younger half-sisters named Sailor and Atlee.

His grandfather, Todd Palin, was known first as a snowmobile racer and later as a political husband.

Tripp Johnston Is A Member Of