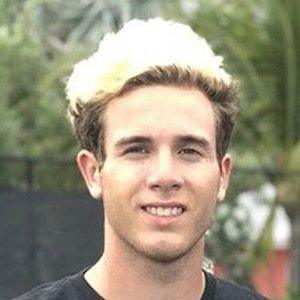 Famous during his early years for his skateboarding prowess, he showcased his skills in the 2010 family movie Nic & Tristan Go Mega Dega. In 2011, he'd begin to pursue a career in tennis.

He launched his Skateboarding Twins YouTube channel in 2006, when he was only eight years old.

He and his brother can be found on Instagram as the realnicandtristan, which exceeds over 30,000 followers.

He and his twin brother and skating partner Nic Puehse were born in Folsom, California, to Caryn and Michael Puehnse. They grew up with a younger sister named Natasha.

During their childhood years, he and Jagger Eaton both rose to fame for their skateboarding ability.

Tristan Puehse Is A Member Of