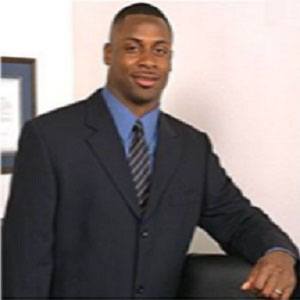 Former NFL cornerback best remembered for his time with the Philadelphia Eagles from 1996 to 2003. He was a 5-time Pro Bowler and he retired with 47 interceptions across his 15-year career.

He played college football at the University of Wisconsin and he was selected 7th overall in the 1992 NFL Draft by the Miami Dolphins.

In 2002, he received the Walter Payton NFL Man of the Year Award, given to the player in recognition of their charity and volunteer work.

He was born in Trenton, New Jersey.

He and safety Brian Dawkins held down the secondary for the Eagles for a number of seasons.

Troy Vincent Is A Member Of