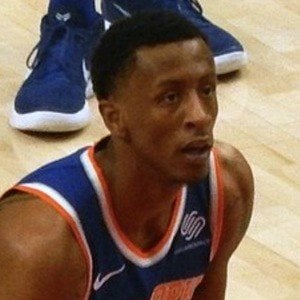 Undrafted NBA player out of the University of Indiana who was picked up by the Memphis Grizzlies before being sent down to the D-League's Iowa Energy. He was brought onto the Rockets' roster in 2017, but was sent back down to the Rio Grande Valley Vipers.

In 2013, he was named the Virginia Gatorade Player of the Year. He was named third-team All-Big Ten in 2016 while at Indiana.

He was the NBA D-League Slam Dunk Contest champion of 2017.

He played alongside Mike Conley Jr. while with the Grizzlies.

Troy Williams Is A Member Of