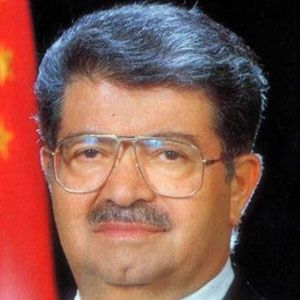 After serving as Prime Minster of Turkey from 1983 until 1989, he took office as his country's eighth president, serving in this capacity until 1993. As Prime Minister, he improved Turkey's economy; as President, he attempted to solve the problem of the Armenian Genocide.

In 1950, he graduated from Istanbul Technical University with a degree in electrical engineering.

He survived a 1988 assassination attempt. His 1993 death, ostensibly from a heart attack, was also rumored to have been the work of his enemies.

He and his wife Semra raised three children.

He was preceded in office by seventh President of Turkey Kenan Evren.

Turgut Ozal Is A Member Of