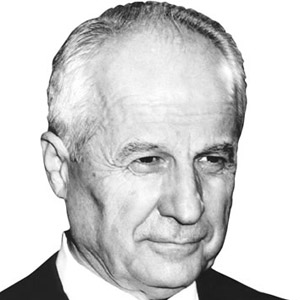 Before taking office in 1980 as Turkey's seventh President, this Turkish Army Commander had also served, during the late 1970s and early 1980s, as Chief of the General Staff of Turkey.

After graduating from a Turkish military academy, he fought in Korea and later joined the Turkish wing of NATO's anti-communist, Cold War-era effort, Operation Gladio.

He and Abdullah Gul both held the office of President of Turkey (three decades apart).

Kenan Evren Is A Member Of