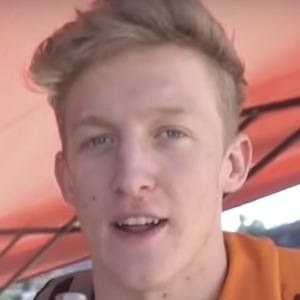 Professional skimboarder who is a partnered Twitch live streamer, earning more than 10 million followers to his Tfue Twitch channel, which was the 8th most watched Twitch channel in 2018. He was a member of the highly successful FaZe Clan for about a year from 2018 to 2019.

His famous brother Jack Tenney posted an early video of him skimboarding on his JOOGSQUAD PPJT YouTube channel in October of 2010, when Turner was only 12 years old.

His real name is Turner. He is the younger brother of YouTube phenomenon and surfer/skimboarder Jack Tenney. He has a sister named Alexandra and another brother named Pierce as well. He dated Corinna Kopf in 2019.

He is a friend and collaborator of Edwin Meza.

Tfue Is A Member Of