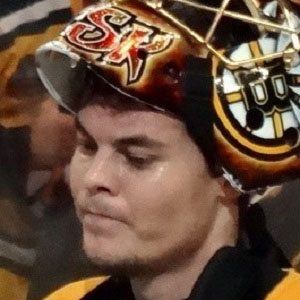 Finnish goaltender who recorded a .930 save percentage during the 2013-2014 season, in which he won the Vezina Trophy as the NHL's top goaltender. He helped lead the Boston Bruins to the Stanley Cup Finals in 2013, where they lost to the Chicago Blackhawks in six games.

He played three seasons in the Finnish Elite League before making his NHL debut in 2007.

He won his first Stanley Cup title with the Boston Bruins in 2011 as a backup goaltender.

He has a younger brother named Joonas who joined the NHL in 2010.

He served as a backup to Tim Thomas during Boston's 2011 Stanley Cup run.

Tuukka Rask Is A Member Of