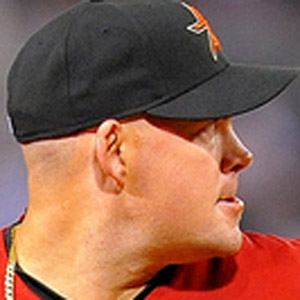 All-Star corner infielder who is known for a solid all-around game; he made his MLB debut in 2002 with the New York Mets.

He signed with the St. Louis Cardinals in 2013.

He delivered his son Cannon personally when his wife went into sudden labor at their home.

All-Star third baseman Melvin Mora was his teammate on the Orioles.

Ty Wigginton Is A Member Of