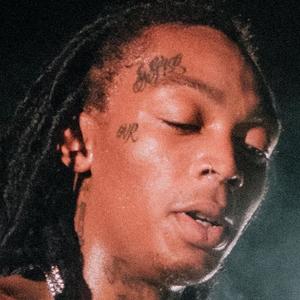 Rapper who signed with Post Malone and Dre London's London Entertainment label in 2018. He has racked up millions of streams on Spotify with tracks like "Gemini," "Wildlife" and "She Bad."

He grew up in Florida and worked at Dunkin' Donuts prior to his rap career. He later moved to Los Angeles.

He collaborated with Juice WRLD on the song "Blink 182."

Tyla Yaweh Is A Member Of