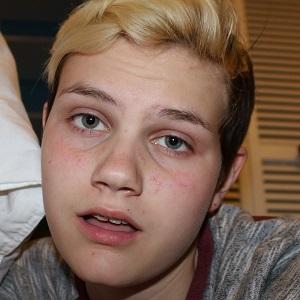 Popular YouTuber who started off his channel by posting covers and rap remixes. He then shifted to vlogs and entertainment videos, continuing to post a mix of both music and vlogs.

He was interested in singing ever since he learned to talk. His interest in acting came at the age of 5 and he began performing for friends and family when he was about 6 or 7 years old. He was 10 when he decided to share his covers on his first YouTube channel, which he eventually deleted.

He originally wanted to be just a rapper, but he learned that he enjoyed singing as well. He plays hockey and baseball, and studies musical theater at a performing arts high school in Minnesota.

His older brother Jackson is a hockey and baseball player as well. His dad is very musically involved, helping him to become a better singer through the years.

His biggest inspiration is Kian Lawley, but he looks up to anyone who is not afraid to be themselves and follows their dreams no matter what others think.

Tyler Beazley Is A Member Of