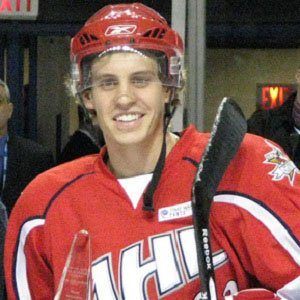 NHL center who made his debut with the Buffalo Sabres in 2009 and quickly became one of the team's top offensive producers.

While playing for the WHL's Medicine Hat Tigers, he once scored six goals in a single game, one short of the WHL record.

He was born in Edmonton, Alberta, Canada.

He and left winger Thomas Vanek were teammates and frequent linemates on the Sabres.

Tyler Ennis Is A Member Of