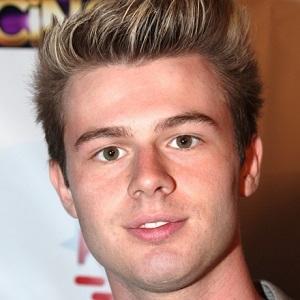 Most famous for his singles "Gravity" and "All I Ever Wanted," Matl earned two Tennessee Songwriters' Association International Awards and an International Music and Entertainment Association Award. His songs reached Top Ten positions on radio music charts in Canada, the United Kingdom, and Australia.

In his early childhood years, he was diagnosed with a neurological disorder and was subjected to severe bullying by his peers.

He was born in Lexington, Kentucky, and he later lived and worked in Nashville, Tennessee. Sadly, he lost his father at a very young age. He began dating his boyfriend Hunter in 2014.

In late 2014, he toured with fellow singer and songwriter Jacob Whitesides.

Tyler Matl Is A Member Of