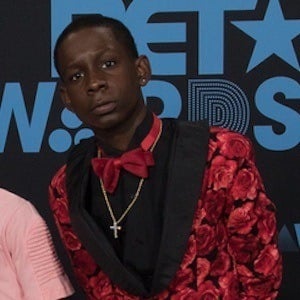 Widely known for his role portraying a young Bobby Brown on the BET mini-series biopic New Edition Story. He appeared in two of the three total parts of the mini-series in 2017, and won critical acclaim for his performance and resemblance to Bobby Brown.

He was discovered by a casting director while he attended art school in Atlanta. He was cast as Bobby Brown immediately following his audition.

He appeared alongside Yvette Nicole Brown and Woody McClain on New Edition Story.

He was originally born and raised in the Atlanta, Georgia area. He has a sister named Jay.

His performance was praised by a litany of celebrities, including Kamie Krawford, on Twitter.

Tyler Marcel Williams Is A Member Of