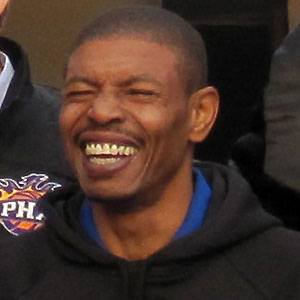 He played for four years at Wake Forest University, where he averaged 14.8 points, 9.5 assists, and 3.9 steals per game in his senior year.

He married Kim Bogues in 1991. He has three children: Tyisha, Brittney, and Tyrone Jr.

He had a small role in Space Jam, joining Charles Barkley, Shawn Bradley, Larry Johnson, and Patrick Ewing as the players whose talent was stolen.

Muggsy Bogues Is A Member Of