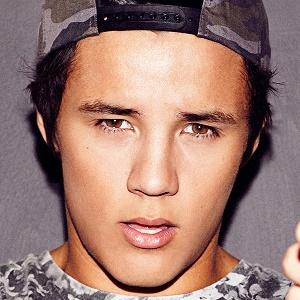 Member of the four-member boy band What About Tonight that competed on The X Factor Australia. The band released a single called "Time of Our Lives" which peaked at #2 on the ARIA singles chart.

He worked in landscaping and was training in mixed martial arts.

He and his What About Tonight band members originally met through YouTube in early 2012. They rehearsed over Skype and finally met in person a week before their X Factor audition.

He grew up in a suburb of Sydney called Campbelltown. He has two brothers and a sister as well as over thirty first cousins.

He performs alongside Luke Howell, and in What About Tonight.

Tyrone Georgiadis Is A Member Of