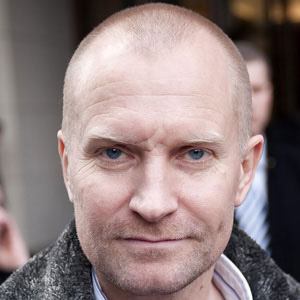 Danish actor who most notably appeared in 1998's Festen and 1999's in The World Is Not Enough. He also starred in the 1996 film, Portland.

He studied at the Danish National School of Theatre and Contemporary Dance and went on to appear in his first film, Nattevagten (Nightwatch), in 1994.

He was in the cast of the 2002 English film, Killing Me Softly.

He was born in Fyn, Denmark.

He appeared in the James Bond feature, The World is Not Enough, alongside actor Pierce Brosnan.

The World Is Not Enough
The International
Killing Me Softly