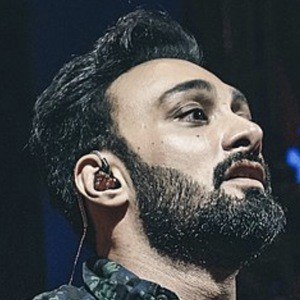 Pakistani vocalist who rose to fame as the frontman of the progressive rock band Qayaas. In 2016, he made his acting debut when he was cast in a leading role on the series Peacock Palace.

He was a member of the band SilverSmoke until Khurram Waqar convinced him to join Qayaas in 2008.

In 2010, his band became the first Pakistani group ever to win Best Rock Band at the Rolling Stone Jack Daniels Rock Awards.

He is the brother of singers Yasir Jaswal and Uzair Jaswal. He and actress Sana Javed wed in October 2020.

He appears alongside actress Meesha Shafi on Peacock Palace.

Umair Jaswal Is A Member Of