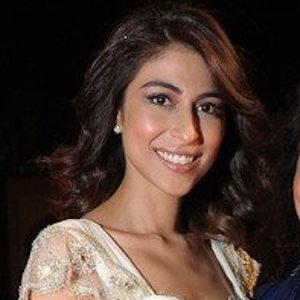 Screen actress and singer who appeared in the Bollywood movie, Bhaag Milkha Bhaag, in 2013, and in the popular Pakistani film, Waar, 2013. She received much attention and praise for her song "Alif Allah (Jugni)" in 2010.

She began modeling in her late teens and rose to fame after posting a song on YouTube in 2010, and went on to star in films and TV.

She began her singing career by performing with a Pakistani band called Overload.

She was born in Lahore, Pakistan to Syed Pervaiz Shafi and actress Saba Hameed. She and her musician husband, Mahmood Rahman, became parents to a daughter named Janevi and a son named Kazimir.

She appeared on-screen with American actress, Kate Hudson, in the 2013 film, The Reluctant Fundamentalist.

Meesha Shafi Is A Member Of