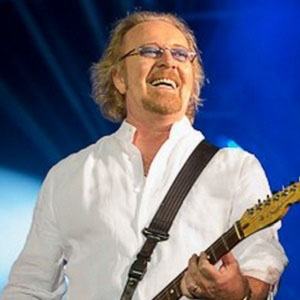 Famous for his international hit songs "Ti Amo" and "Gloria," this Italian pop vocalist and songwriter released nearly twenty albums between the 1970s and the early 2000s. His recordings include Tu (1978), Equivocando (1994), and Le Parole (2005).

He launched his music career as a member of a Turin-based band called Off Sound and went on to co-write the 1970s hit "Un Corpo, un'Anima."

His Italian-language song "Gloria" was featured in the 2014 Martin Scorsese film The Wolf of Wall Street.

Umberto Tozzi Is A Member Of