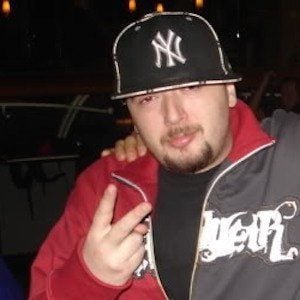 Kosovar-Albanian rapper and producer who was a member of a group called Albanian Boys Incorporated before starting the Albanian Rap Group called TBA.

He recorded his first song in 1995 before moving to the United States.

He was born Viktor Paloka in Prishtina, Kosovo and moved to The Bronx, New York for his career in music.

He is of Albanian roots and became a New York-based rapper like Action Bronson.

Unikkatil Is A Member Of