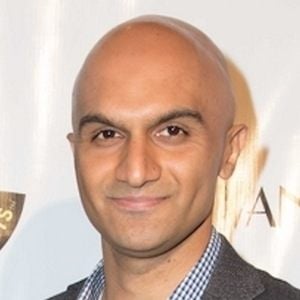 Obie Award-winning actor for his on stage performance in The Invisible Hand who became well known on screen for his role as Hook-Handed Man in A Series of Unfortunate Events. He has also had recurring roles in Just Add Magic, Veep, Nobodies, On Becoming a God in Central Florida, and Lifeline.

He was part of a group called Prisoners of Politics while at Lewis and Clark College which specialized in slam poetry and hip hop performances. He portrayed the voice and the motion capture of Asav for the video game Uncharted: The Lost Legacy.

He was born to Pakistani parents in Swaziland, and grew up between Kenya, Botswana, Tanzania and Pakistan.