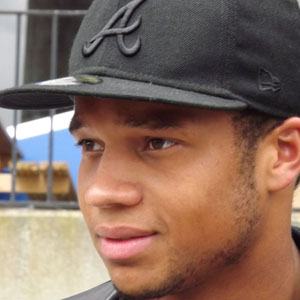 Footballer known for his abilities as a midfielder and for joining Club Brugge in 2009.

He debuted for Belgium in November 2010 in a game against Russia.

His father was from Ghana, while his mother was from Belgium; he was bilingual, being fluent in Dutch and French.

He and Eden Hazard were contemporaries.

Vadis Odjidja-Ofoe Is A Member Of