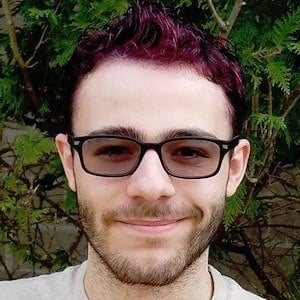 Twitch and YouTube gamer who gained popularity for predominantly playing Minecraft. Videos feature games like Until Dawn, Destiny, and the Legend of Zelda and many videos feature the virtual reality experience Oculus Rift.

He created his channel and posted his first video in July of 2012.

He has studied computer science and cyber security at the Engineering school of New York University.

He has a younger brother, two older brothers, and an older sister.

He has played games with fellow YouTubers like Martyn Littlewood.

Vaecon Is A Member Of