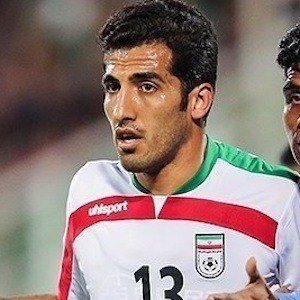 Versatile forward and midfielder who is famous for his club career in the Persian Gulf Pro League. In 2015, he led Naft Tehran FC to a quarterfinals finish at the Asia Champions League before signing with Persepolis in 2016.

He began his professional club career in 2008 upon his signing with Datis Lorestan.

He finished the 2016-2017 season as one of Persepolis' leaders in goals scored with 7. He represented the Iranian national soccer team at the 2015 AFC Asian Cup.

He was originally born and raised in Darreh-ye Badam, Iran.

He was called up to Iran's national team by the squad's then coach Carlos Queiroz in 2015.

Vahid Amiri Is A Member Of