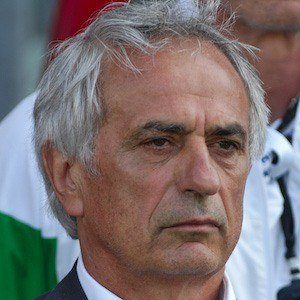 He played professionally as a forward for more than a decade and a half, most notably with Nantes and Velez. He represented Yugoslavia internationally, earning 15 caps.

He and his wife have two children, Vania and Vanio. He has a brother named Salem.

He's coached Yuto Nagatomo while at the helm of Japan's national team.

Vahid Halilhodzic Is A Member Of