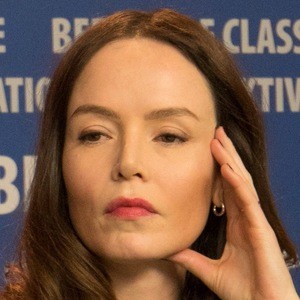 Irish actress who rose to widespread fame for her role as Rose Stagg in the BBC Two crime TV series The Fall. She debuted as the character during the show's first season in 2013, and has gone on to appear in the films '71 and Rogue One: A Star Wars Story as Lyra Erso.

She began acting with the National Youth Theatre at age 15. She later earned her acting degree from the Central School of Speech and Drama.

She was originally born and raised in Newry, Northern Ireland.

She appeared as the wife of Mads Mikkelsen's character in Rogue One: A Star Wars Story.

Valene Kane Is A Member Of