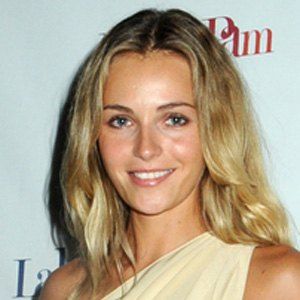 Russian print and runway model. She appeared on the covers of Vogue, Elle, and Glamour and walked the runway for Christian Dior, Valentino, and Dolce & Gabbana.

She appeared in print ads for Calvin Klein, Coach, and Tommy Hilfiger.

She was born in Moscow, Russia, which was, at the time of her birth, still a part of the Soviet Union.

Valentina Zelyaeva Is A Member Of