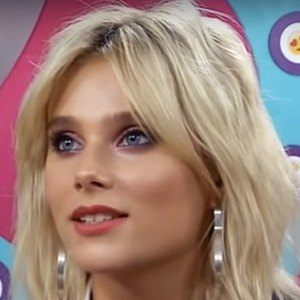 Argentine actress, singer and model who was cast in the role of Ámbar Smith on the Disney Channel series Soy Luna in 2015. She previously played Mara Ulloa on the Telefe series Aliados from 2013 to 2014. In 2020, she began starring on the Netflix series Las Chicas del Cable.

She began performing in musical theatre productions at age 6. She made her first television appearance in a commercial for Barbie.

She has modeled in ad campaigns for Sweet Victorian and Tutta La Frutta. She won the Kids' Choice Award for Favorite Villain in both 2016 and 2019.

She was born in Buenos Aires, Argentina. She has a younger sister named Luciana. She frequently posted photos with her former boyfriend Marcos De Pietri on Instagram. She has two pet dogs named Kyara and Felipe. Her friends call her Valu.

She and China Suárez have both starred on the series Casi Angeles.

Valentina Zenere Is A Member Of