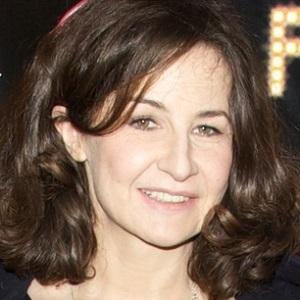 French actress, director and screenwriter who won Cesar Awards for Best Supporting Actress for her performances in 1993's Les Visiteurs and 2006's Avenue Montaigne. In 1997, she made her directorial debut with the film Quadrille.

She studied at the art school Rouen Conservatoire and made her screen debut on the series Palace in 1988.

She is also a singer who released her first album Valerie Lemercier Chante in 1996.

Both of her parents are farmers.

She appeared in Avenue Montaigne with actor and director Sydney Pollack.

Valerie Lemercier Is A Member Of