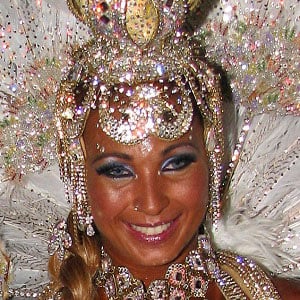 Brazilian singer and dancer who gained popularity as a founding member of the funk carioca band Gaiola das Popozudas. In 2011, she finished fourth on the reality series A Fazenda.

She grew up in the Iraja neighborhood of Rio de Janeiro and founded Gaiola das Popozudas in 2000.

She posed in the June 2009 edition of the Brazilian Playboy.

She and model Barbara Evans both appeared on A Fazenda.