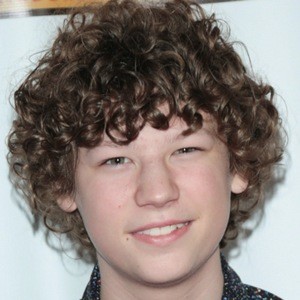 American actor who is best known for his role as Mason on the 2018 TV show Splitting Up Together. He also appeared in the series About a Boy.

One of his earliest acting parts was in a short film from 2008 called While You Were Away.

He acted in a monologue skit on The Tonight Show with Jay Leno in 2010.

He has acted alongside Jenna Fischer in the ABC series Splitting Up Together.

Van Crosby Is A Member Of