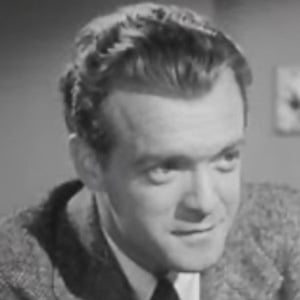 Hollywood's leading man who played con-artists in The Prowler and 3:10 to Yuma. He won the 1943 Academy Award for Best Supporting Actor for his role in Johnny Eager.

After graduating high school he spent several years serving on board merchant ships at sea and studied law at the University of Oklahoma.

After a fairly successful Broadway debut and a further three years at sea, he launched his acting career on Broadway alongside Katharine Hepburn.

He was born Emmett Evan Heflin in Walters, Oklahoma. His family is Irish-French.

At the height of his career he played a sympathetic gambler in the noir film, The Strange Love of Martha Ivers, alongside Kirk Douglas.

Van Heflin Is A Member Of